When I was playing professionally (1991-96), it was just pre-Tiger.  The best players at that time were Greg Norman, Freddie Couples, Ben Crenshaw, Paul Azinger, Payne Stewart, Corey Pavin, Ben Crenshaw, Nick Faldo, Nick Price and Tom Kite among others.

Kite made it to # 1 in the world briefly, after wining the 1992 US Open at Pebble Beach.  While he was not my favorite player, I was amazed at his short game accuracy.  I believe there is a stat that in 1992 from within 100 yards, he was UP and IN 80% of the time.  Remarkable.  It’s important to note that he was NOT A BIG HITTER, not long at all.  This appealed to me as I was also not the longest player off the tee.  It’s interesting, at my size and length people thought I was long but I have short, abbreviated swing.  Control was more my forte.

He wrote an article about his approach, and ever since that time my short game has been very sharp.  But it takes work, time and patience.

Here’s how the yardage grid works

NOTE: There are 4 separate yardages in this grid PER CLUB.  Kite only had 3 yardages.  I added a 4th (known as “Shoulder”) simply because that shot (a 3/4 length shot) was easy for me.  For the average player even 2 yardages per club is great.  Advanced players should have 3 yardages.

Numbers 1-4 above are all VARIABLES, based on the length and feel of your swing.  There is 1 critical CONSTANT that must be executed.  No matter which swing you choose, the FINISH MUST BE FULL.  So whether you are hitting a FULL SHOT or a 730 quarter-length shot, YOU MUST FINISH THE SWING with a full finish, a full turn.  Think of it this way:  if someone snapped a picture of you at the end of your FULL swing and also at the end of any of the other yardages, you could not tell what shot you just hit.   All shots are identical at the finish.

Here is how you identify YOUR YARDAGES.  (NOTE-this exercise is much easier and more accurate with someone helping you.  This other person can be very accurate in how far each shot carries)

Click on photo. McGannon is only player to ever win the Senior and County Open championships in the same year. (Muskegon County)

Start with your shortest club, it might be your 60 degree wedge or your sand wedge (56)

NOTE:  This exercise will save shots BUT if you are shooting 95 or higher on average (BE HONEST!!), your ball striking is quite likely where your time and effort should be.  For good to very good players-players who are low 80’s and into the 70’s or lower-this exercise is a game changer.  Think about it.  If you are rock solid in the 80-90 yard range for example, par 5’s all become birdie holes and errant tee shots into the woods or with bad lies become less onerous.  You will still make par a BUNCH with these sharper skills.  NOTE: This putting drill is REQUIRED.  Finish off that great approach shot and knock in the 3′, 4′, 5′ putt.

Now let’s get a 2nd yardage for that 60 degree wedge.  I personally think a 3/4 shot is easy to explain, visualize and execute.  Let’s identify how far your 60 degree wedge goes with a 3/4 swing.

Getting a 3rd yardage for each club is only recommended for players who regularly shoot in the 70’s.  The half shots (BELT in my parlance) and 1/4 length shot (730 in my parlance) are VERY DIFFICULT SHOTS.  They require dozens and dozens and dozens of practice shots.  You are purposefully shortening-abbreviating your swing which is not natural.  I will say when I understood how to hit these shots, I stiffed more 30 and 40 and 50 yard shots than I ever did before. 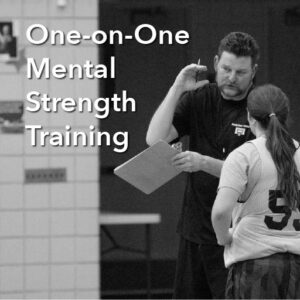